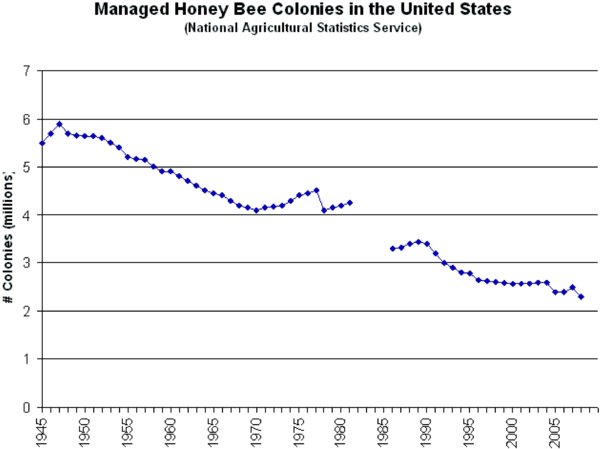 The number of managed honey bee colonies (in millions) in the United States from 1945 to 2008 as reported by the USDA National Agricultural Statistics Service. The current level of approximately 2.5 million colonies is very low given that the US needs 1.5 million colonies in California each year to pollinate almonds. Three years of on average 30% colony losses in the US (2006–2008) threaten our ability to provide such pollination services to agriculture. No data on colony numbers were recorded for 1982–1985.