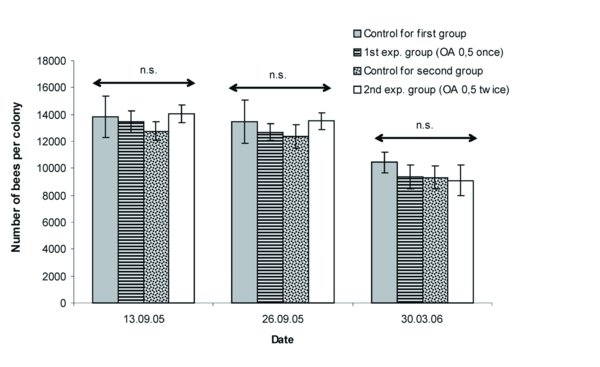 Effect on colony size of spraying bees in colonies containing a small amount of capped brood either once or twice with 0.5% oxalic acid dihydrate in aqueous solution (dose: 25 mL per comb, n = 15) in September 2005. Mean values marked with n.s. do not differ significantly. Test colonies were not significantly weaker than control colonies after spraying in autumn or in the following spring (ANOVA, LSD test, P > 0.05).