The aim of this monograph is to provide information, reference methods and standards useful for the authentication of the main European unifloral honeys. The authors are all European honey experts, members of International Honey Commission.

The approach proposed to verify honey botanical denominations takes into account all three complementary analytical methods, sensory, melissopalynological and physicochemical: the state of the art on these methods are presented. More than one hundred botanical species from which European unifloral honeys can be produced are tabulated and references are given, where the reader can find further data on the production and properties of these honeys. The main part of the monograph is the description of 15 unifloral honey types produced in Europe: more than 61 000 analytical data related to 6 719 honey samples produced in different European countries were collected and elaborated, and for each honey type the most important analytical characteristics are provided through descriptive sheets. These sheets represent a basic criterion of acceptability for the market and a useful reference for the evaluation of botanical denominations. They may facilitate the control authorities in the different European countries, and stimulate the production and trade of these valuable honey varieties. 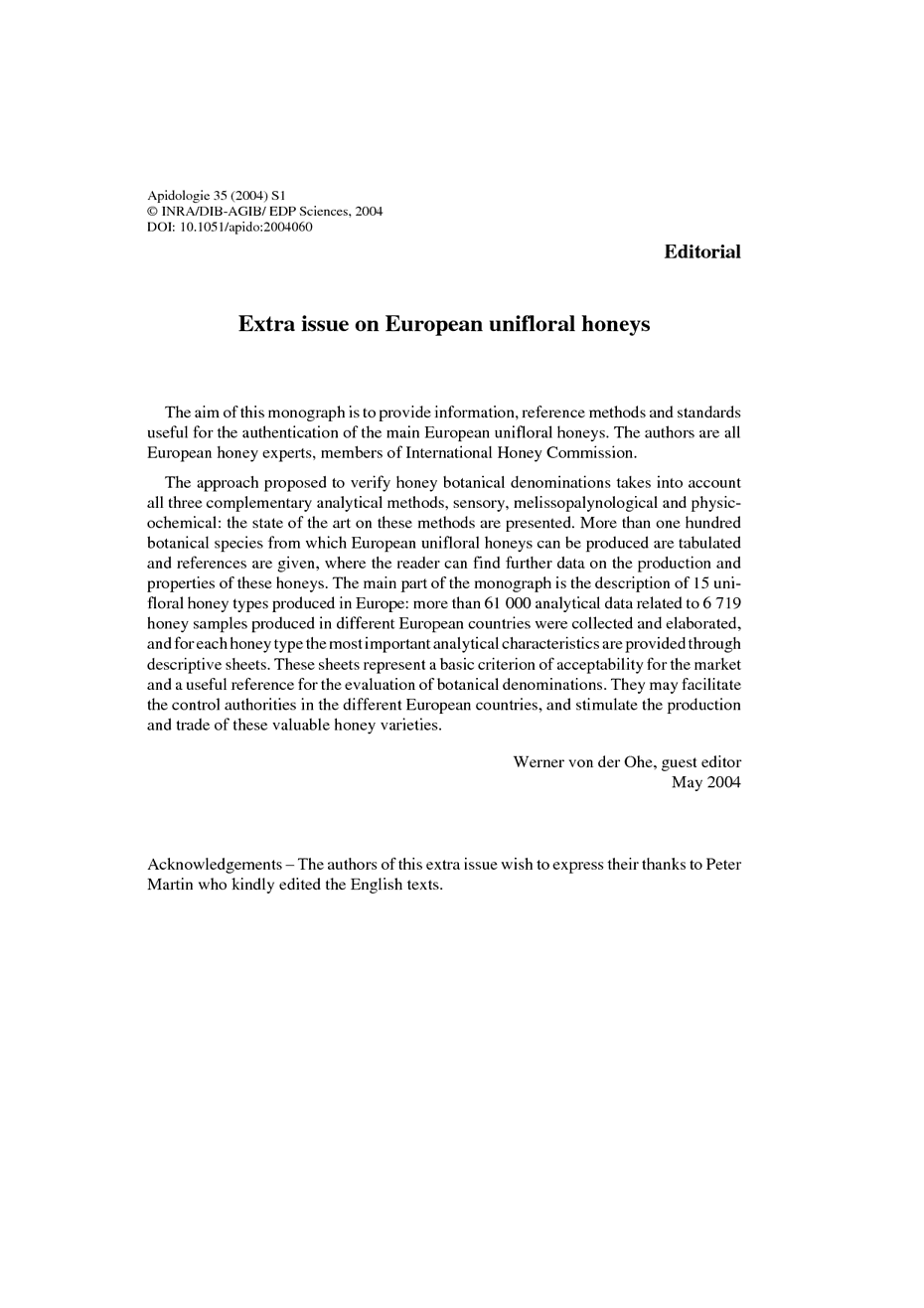