The neglected gender - males in bees

On a first glance at a nest of social bees females are obviously the dominant sex, while males are mostly present only during a short season and do not to seem to participate in any of the colony tasks. This failure to catch attention is reflected in a conspicuous neglect of the male gender in scientific studies. However, males contribute to the fitness of their offspring as much as females do. Further their morphology and behavior are as important features for taxonomy and evolutionary theories as any other males in the animal kingdom. Thus the blind spot for the male sex misses an important component for the understanding of the social cycle of individual and colonial life.

This special issue wants to initiate more research in this interesting but badly neglected field. It contains original articles with new data as well reviews which arrange known facts and features into an evolutionary framework. It also includes solitary bees of the tribe Apoidea to contribute to the understanding of the relation between both sexes in a non-social status from which eusociality is thought to have evolved.

"The literary caricature of the idling drone is probably far from the truth. A more appropriate view is that of the frenetic male in desperate search of an elusive, receptive female (Paxton 2005, page 145)." 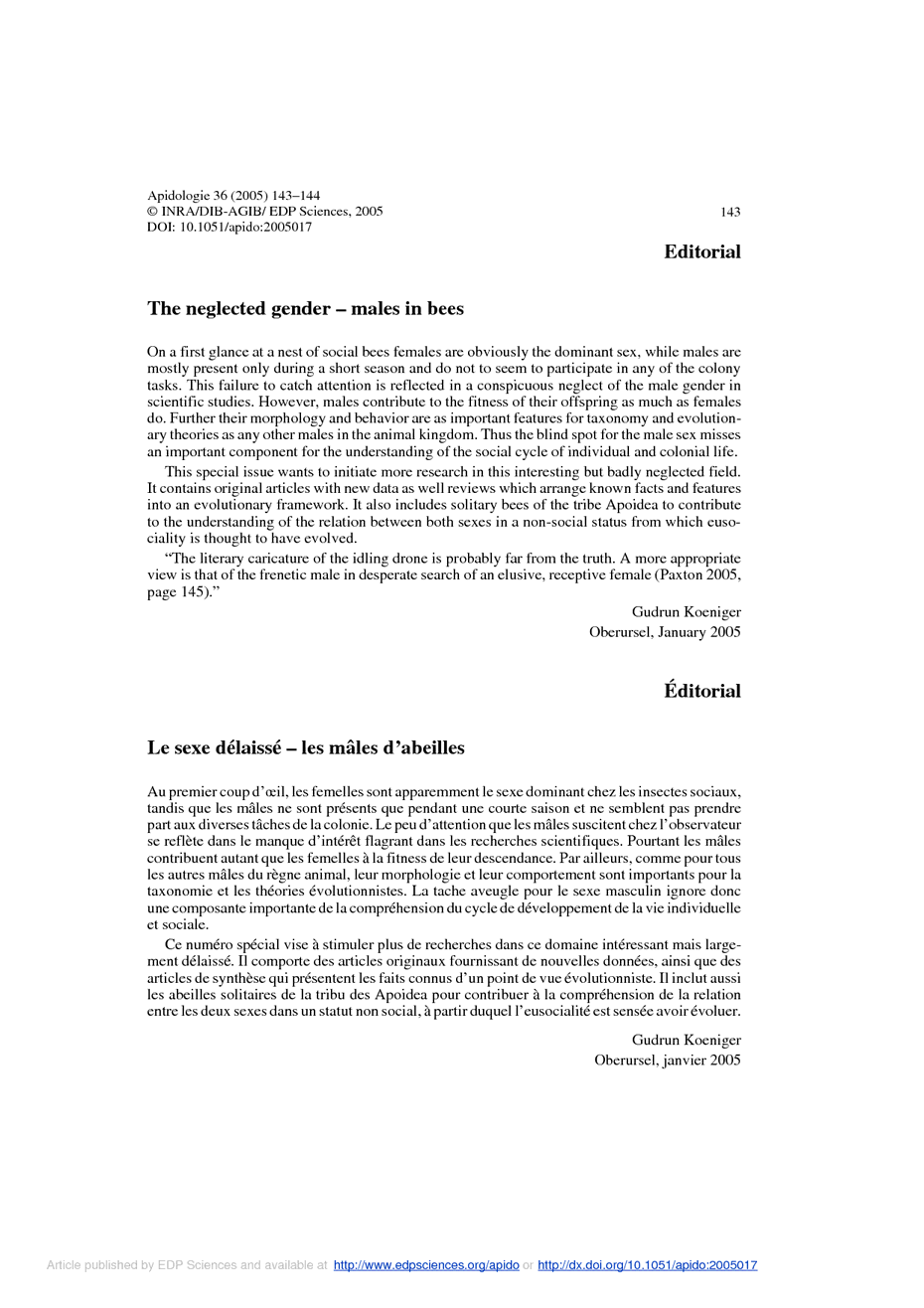